David Seff Is A Professional With A Passion For Astronomy

David Seff has always been curious and interested in almost everything. In fact, David used to enjoy reading through the unabridged Encyclopedia Britannica when he was in fourth grade. Much earlier, maybe when he was three or less, David’s mother pointed out certain constellations in the sky to him. 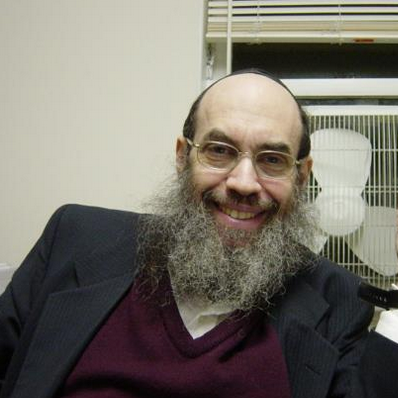 When David Seff was about eight, a cousin bought him a book on the planets as a birthday present. This book helped spark an interest in astronomy as it had pretty color pictures of the planets (probably artificially colored since rockets, satellites, and spacecraft had not yet been invented), with lots of information about each planet, such as the size, distance from the sun, basic chemical composition, high and low temperatures, and number of moons.

Of course, this information has been updated many times, since then. For example, for decades, it was believed that Jupiter had 12 moons, the four “Galilean moons,” moons discovered by Galileo around 1610, and eight others, discovered by astronomers over the centuries. Twelve was considered “the correct number” for decades until the Voyager Space probe reached Jupiter around 1979 and discovered several others. It was believed that the only way to discover new moons would be through spacecraft that could travel close to the planet and take far more accurate pictures that could be done from earth. Yet, within a few months of the Voyager discovery, some amazing advances in telescope making and telescope photography enabled astronomers on earth to discover several other moons, some with diameters less than 10 kilometers! As far as David knows, the total number of known moons of Jupiter now stands at 67.

For years, David Seff taught courses in physics at The New School, one called “Light, Lasers, and Optics that dealt with the historical development of our understanding of light and useful tools based on light such as microscopes and telescopes. Another course was called “Color, Beauty, and Light” and dealt with many phenomena all related to color, including rainbows, glories, aurora borealis, gemstones, and the variations of color in butterfly wings and bird feathers, among many other things. Basically, there are fifteen causes of color, which can be understood using advanced concepts in chemistry and physics. Of course, they did not go into all the scientific depth possible, but enough to create an appreciation, such as one finds in an art appreciation course or music appreciation course.

All these phenomena are so interrelated that it is impossible to understand one completely without extensive knowledge of other branches of science. David Seff finds these interrelationships highly fascinating, and the general field of astronomy is simply one way to combine these various scientific fields into one harmonic whole.

Because of David Seff’s thirst for knowledge, he read as much as he could and took as many courses as he could fit into his schedule in math, physics, chemistry and other fields of interest while David was in high school, college, and graduate school. David Seff often had classes from 9 AM in the morning until about 10 PM at night, eventually earning multiple degrees.

The more David Seff learned the happier he felt. One thing that disillusioned him was the fact that teaching was not made simple. While one might need to be a Mozart or Beethoven to write a beautiful symphony, one can certainly appreciate the sounds of a beautiful symphony without being a Mozart or Beethoven. It is for this reason that David created these courses, as well as another entitled “Fun With Math” which he taught at The New School for nearly thirty years when the night science and math department was closed due to budgetary reasons. Students who took these courses—often those who majored in art or psychology and had thought they hated math and science—often came to appreciate and even love it!

Aside from having studied math, physics, and some chemistry on an advanced level, David Seff also has degrees in history and religion, and can thereby integrate into the harmonic whole aspects of these fields as well as the hard sciences. It is David’s goal to bring this understanding and appreciation of hard science to the public at large, whereby someone reading my blogs or seeing videos David Seff hopes to produce will come to appreciate math science the same way someone who is not another “Mozart” will be able to appreciate a beautiful symphony.